Pinnacle Logistics Solutions — headquartered in Cambridge, Ont. — is diverting breakbulk cargo that would traditionally move by road to marine along the Great Lakes/Seaway. “We successfully diverted some modular units from what was expected to be a road transportation solution to a barging solution, moving from west to east and finally discharging at a Quebec port,” said Aaron Gerber, Pinnacle’s vice president of sales. Instead of going by road through northern Ontario, the units, which were fabricated in western Canada, were loaded in Thunder Bay and transported by barge to Bécancour to be loaded on a vessel for delivery to the Arctic. Mr. Gerber said the client is shy about being named in the news, which is why he didn’t wish to reveal many details of that particular project. He was also circumspect about naming the carriers Pinnacle is working with. 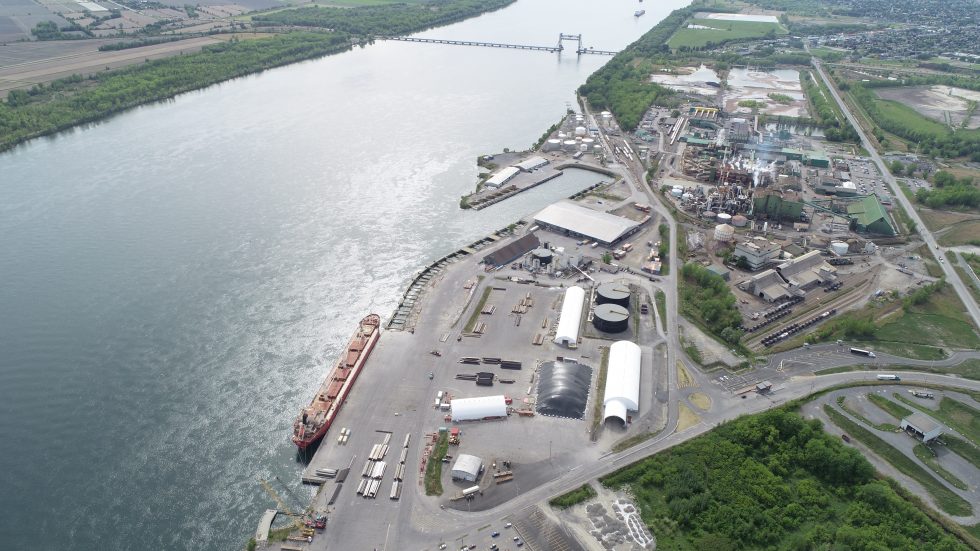 “We’re working with the different vessel owners who call on the ports within the Great Lakes to help our clients secure capacity in a market that’s really challenging to do that,” Mr. Gerber said. However, he did reveal the vessels are carrying “large amounts of construction materials,” up to 18,000 tonnes at a time. He attributed much of that to increased road construction that coincided with the Covid-19 pandemic.

“The provinces of Ontario and Quebec were really motivated to take advantage of the reduction in road traffic and pump additional construction projects through,” Mr. Gerber said. “It is great to have those projects completed but it presents challenges when it comes to over-the-road transportation, especially of over-dimensional high, wide and heavy commodities.” A few customers reached out to Pinnacle to solve that pain point. As a “transportation agnostic organization,” Gerber’s company looked at multiple transport modes and found that marine made a lot of sense. “We’ve got a high level of expertise when it comes to moving project cargo over the road, or the rail and over the water,” he said.

Unlike many third-party logistics companies, Pinnacle owns some of its own assets. “They’re sparing and they’re strategic assets that serve our clients,” Mr. Gerber said. They include specialized trailering units for the wind industry — such as what are known as Schnabel dollies and double Schnabels. Pinnacle will also lease equipment. “But we don’t actually hire any drivers. We don’t employ any operators of any kind, whether that’s road, rail, or marine,” Mr. Gerber noted.

Pinnacle will work with crane rental companies, for example, to move stuff around. “It really is integrated solutions,” Mr. Gerber said. “The scope of the solutions has everything to do with the needs and demands of the customer. We see ourselves as an extension of our clients’ businesses.”

The company accomplishes that with just 16 employees who manage a team of project managers, subcontracting project managers, and thousands of truck drivers and marine and rail operators. “Those 16 cast a wide net,” Mr. Gerber said.

Wind remains a big part of Pinnacle’s business, although it is diversifying and growing in such areas as mining and modular construction. “Our chartering division is growing in a big way, which is mostly raw supplies for the construction industry,” Mr. Gerber said. “We’re also getting a great deal of traction in nuclear.”

The latter has been over-the-road. However, Pinnacle is looking at marine transport via the Great Lakes.

Overall, the Great Lakes are critical to Pinnacle’s business, although Mr. Gerber couldn’t pin a percentage on it. “Whether our scope is handling a piece of freight once it arrives here in the Americas, whether we’re talking about actually transporting something on the water ourselves, it’s touching that marine component,” Mr. Gerber said.

And while it didn’t involve the Great Lakes/Seaway, a recent wind project did have a big marine component. Rather than try to move the cargoes entirely overland to Fort MacLeod, Alta. from Vancouver, Wash., Pinnacle barged them east on the Columbia and Snake rivers into Idaho before trucking them north into Canada. “So what was supposed to be a road solution turned into a multi-modal solution. And it saved our clients millions of dollars,” Mr. Gerber said.