At busy seaports in Western Europe, hundreds of massive wind turbine components are loaded onto ocean freighters each year and carried across the Atlantic to Montréal, where they enter the St. Lawrence Seaway and make their way to wind farms across North America.

This journey through the Seaway to the Great Lakes and further inland, utilizes an integrated marine shipping network known as Highway H2O — a 3,700-kilometre gateway to North America’s industrial heartland; a crucial element of its world-class supply chain.

“Marine transportation is typically the safest and the most risk-averse mode of transportation,” said Aaron Gerber, vice-president of sales at Pinnacle Logistics Solutions in Toronto, the fastest-growing transportation company in Canada.

“High, wide, heavy cargo can be quite disruptive when it’s placed on roads and highways,” he added. “You want to leverage water as much as you possibly can.”

The Seaway also carries a wide variety of cargoes including road salt mined in southern Ontario, heavy equipment destined for construction sites in western New York, and durum wheat from the Canadian Prairies that Italian chefs use to make fine pasta. Sugar, is another commodity moved through the Port of Buffalo, N.Y. 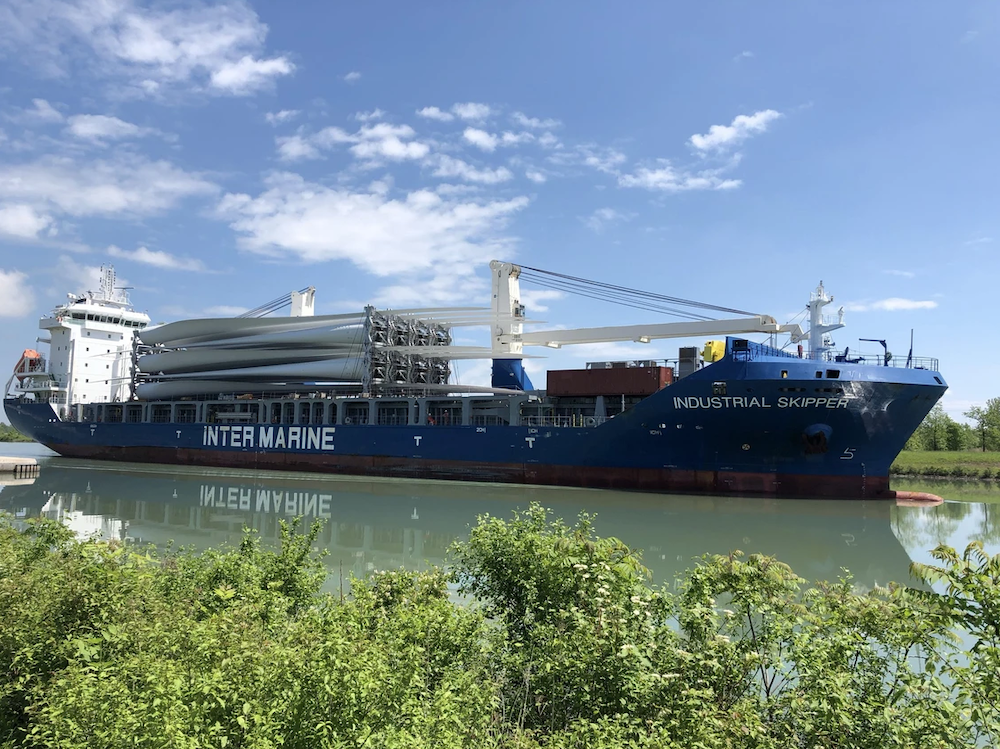 Highway H2O is essential for the flow of commodities and industrial components into North America.

“No two projects are the same,” said Gerber. “But without a doubt, our aim is to leverage the Seaway as much as possible.”

Highway H2O has carried more than 3 billion tonnes of cargo since it opened in 1959. It’s essential for the flow of commodities and industrial components that fuel industry and agriculture on both sides of the Atlantic.

Ocean vessels use Highway H2O to connect to the Great Lakes through a system of up to 15 locks, including the Welland Canal. From there, they utilize multiple ports, rail and road transit systems to access any market in North America.

“There’s always been a good trade lane between North America and Europe, and long may that continue,” said Alan Taylor, who represents Highway H2O in Europe.

“There’s room for much more business in and out of the System, and that’s what we’re constantly trying to promote.”

Both European and North American partners have benefitted from hands-free mooring (HFM) on the Seaway since 2019. This game-changing infrastructural improvement is the first of its kind in a lock system.

HFM uses vacuum pads along the lock walls to keep ships in position during the filling or emptying of a lock chamber. This is a much safer and more efficient way of mooring vessels, which previously had to be secured using steel wires and rollers — a labour-intensive process that put workers in danger if the wires broke.

Implementing HFM required a $95 million investment from the St. Lawrence Seaway Management Corporation, which manages the Canadian portions of the Seaway. But it’s also the new global standard, allowing thousands of new vessels the ability to enter the H2O network as they can now navigate the locks without special fittings; the HFM system’s installation has expanded the potential number of vessels from 800 to 8000.

“It’s all controlled by an operator sitting in front of a computer,” said Taylor. “The pads come out, grab the ship — so to speak — and then lower it up and down correctly in the lock.”

Highway H2O includes a network of over 40 ports on the Great Lakes that are essential hubs in the industrial and agricultural supply chains, including the Port of Buffalo in western New York.

It’s also home to a film production crew and the Buffalo Gateway Trade Center, a massive manufacturing facility where tanks and locks for the Welland Canal are made, said Scott Simmons, general manager and port director.

“Everybody seems to be growing and looking for new opportunities,” he said.
It’s an exciting time to be part of the port.”

When Highway H2O opens for the season in early spring, countless more commodities and components will flow throughout its world-class supply chain, connecting markets across Europe and North America and bolstering their respective economies. Many ports like Buffalo, have been investing in their infrastructure as the Seaway season begins. Simons stated, “We’re improving not just the esthetics of the port, but the infrastructure components, electrical, water, and sewer lines.”

“We’ll be leveraging the seaway in 2021, for sure,” said Aaron Gerber from Pinnacle Logistics, noting a single marine vessel could carry up to 1000 truckloads of cargo.

“You’ve dramatically reduced the number of trucks on the road simply by having one vessel traveling through the Seaway.”